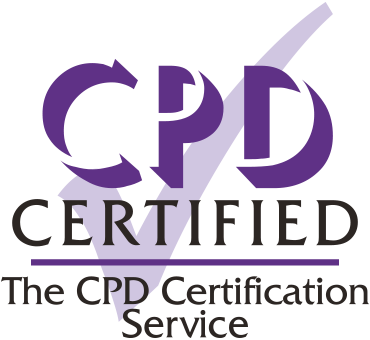 On completion of your course you will also be able to have your certificate endorsed and accredited by the CPD Certification Service for recognised CPD Hours.

The CPD Certification Service was established in 1996 as the leading independent CPD accreditation institution operating across industry sectors to complement the Continuing Professional Development policies of professional institutes and academic bodies. The CPD Certification Service provides recognised independent CPD accreditation of our courses.

was very impressed, overall the course has good content, easily digestible. I love online studies as you can go as quickly or slowly as you want, online tutors to help answer any questions. I think that the units, could have better quality content, broken into easier formatted module titles. Nice comments returned on improvements and context to think in own life scenarios! They certainly give ...

I was given Criminology for beginners course as a Christmas present, would never have thought of doing it myself but I have enjoyed it so much. It was so easy to do and very hard to put down. It’s like reading a good book then having a test on it. There is no pressure, no tutor hurrying you up and no time limits on the tests, just how learning should be. The written report I received after the ...

Cdkc
The best online course I have experienced
SarahJBailey
Fantastic, I'm on top of the world
RiceFlatly
Fantastic and so well set out

I recently brought the veterinary nurse assistant diploma. The course was quickly uploaded into my account, and I started it straight away the sections were set out in a easy to read way and the tests were multiple choice. Once I had finished all the sections I was offered the credited course at a cheaper price which, I took. There were plenty if question and was all essay related. Once I sent ...

I have done 3 courses now, 2 on dog grooming and one on human anatomy. All have been at my own speed. The modules allow me to pick it up and do when i have a spare 40 minutes. The end of module questions give me the revision i need to make sure it sunk in. I’m pleased with what I have achieved on these courses and would recommend them.

unicornamoeba
Well worth the money!
Morse121
Professional and helpful - 100% would use again!
kernelcapella
Excellent experience

I am totally satisfied with my courses. They give the flexibility of studying from home by pursuing a career at my own pace.

Caseycoughlan
The best boost for anyone

Counsellors help individuals to find their own answers and make their own choices. They help clients to reduce confusion and gain a diffe...

This course looks at the area of classroom behaviour and gives practical tips and strategies to use to be successful when working with pu...

Child care is one of the most demanding yet rewarding jobs available and the field encompasses a wide variety of roles, from parent to na...